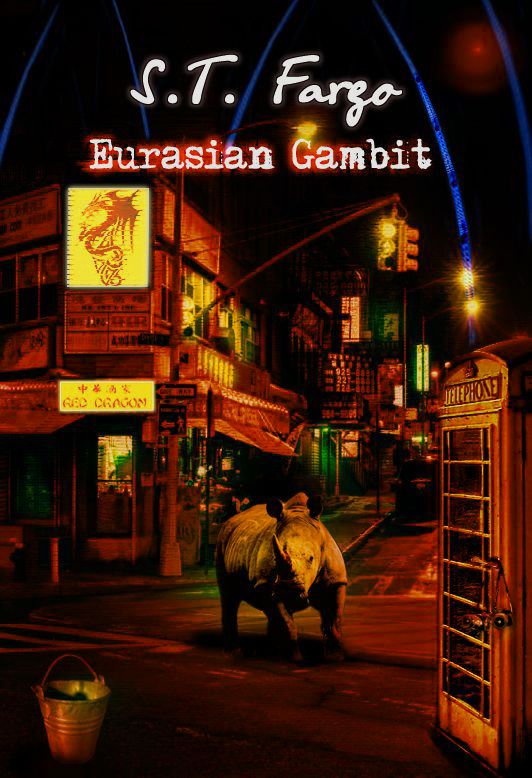 Gorgeous women too eager to have sex with failed private eyes, queer smuggling deals, and Chinese Mafia are never a good start for any investigation! Yet the money is too good and this is how nearly every trouble on this planet begins. It’s a cross-genre book—a sci-fi novel, which blends alien and criminal fiction, twisted political plot, and detective science-fiction into a vicious crime story that goes far enough to cross beyond the world we live in.

Almost every criminal plot on this planet revolves around money or sex (or both) and it applies to the wicked case of this private eye too. It’s a near-future genre-bending sci-fi story—crime fiction with a political twist, alien invasion novel, and detective sci-fi combined—which our world alone is way too small to contain. Read this online book on the website for free!

“There was no life in Greenland for me anymore. Lately, I was not even able to make a single step outside the police stations without tons of Chinese swooping in on me, while swinging arms and legs in the air and wildly screaming! I was stupid enough to think I would be able to go back to my miserable hotel, but a whole bunch of them was already waiting for me there. Another bunch was patrolling around my former office and a third one—down before my apartment building. And they were not those clowns with the kitchen utensils! These were real thugs with real—probably positron—machineguns. Ever since the aliens been around, such “marvelous” toys had become extremely popular among the gangsters. Eventually, I got out of the trouble by just checking into another hotel but it was not the ultimate answer to my problems. Soon they were going to start recognizing me in every hotel in the city and they simply wouldn’t let me in!

I spent a relatively peaceful first night after the killings because I was tired and emotionally exhausted, and I slept until eleven a.m. On the morning, just as expected, Menelaus’ murder had already made a huge fuss in all the media. Every TV and website news channel had it as a headline, and the polemic about his wife and the potential heir to his business empire revived. Unfortunately, I didn’t have time to read any of these stories because I had to watch that I wouldn’t become a headline myself! As soon as I got up, I hastily wrote my report, signed it up with the chip in my ID card, and mailed it to Dunkin. He called me soon after that and he entirely confirmed my assumptions about the massacre in DuPont’s house…”

ⓘ You can also click the toggles above each chapter for font, paragraph and background adjustments, or manual scroll saving. For convenience, automatic scroll saving is turned on as well.

* Native speakers should be slightly more tolerant when reading this material!

Just Nothing to Do  (Soon)